Accident Caused by Driver Under Influence of Marijuana 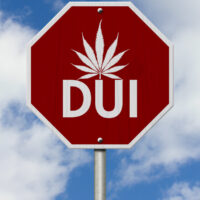 A recent Indianapolis crash is believed to have been caused by a driver who admitted to using marijuana before getting behind the wheel, according to police. Read on to learn about the crash and the growing number of accidents caused by marijuana use. Contact an Indianapolis personal injury lawyer if you’ve been hurt in an auto accident with a drunk, drugged or distracted driver.

The recent crash occurred at approximately 4:45 pm on November 4, 2019, at the intersection of South Meridian Street and Morris Street in Indianapolis. A 62-year-old Hendricks County man driving a 2001 Toyota Corolla ran a red light at the intersection, striking one car and forcing it into a third vehicle. The drivers of the two additional vehicles suffered minor injuries in the crash. Police officers who responded to the crash scene described smelling marijuana on the at-fault driver. The driver failed multiple field sobriety tests but did not test positive for alcohol use when given a breathalyzer. The driver admitted that he had smoked marijuana before the accident and had a “hash vape.” The man was arrested and charged with the crimes of operating a motor vehicle under the influence of a drug and disregarding a red light.

Crashes caused by marijuana on the rise

More and more states are legalizing marijuana use, with neighboring Illinois set to begin selling recreational marijuana on January 1, 2020. While marijuana use remains illegal in Indiana, the head prosecutor of Marian County announced earlier this fall that the Marian County prosecutor’s office would no longer prosecute misdemeanors for possession of small quantities of marijuana. Unfortunately, the rise in the decriminalization of marijuana use has brought with it a rise in the number of drugged drivers suffering fatal injuries in crashes. The Governors Highway Safety Association found that, among all fatally-injured drivers who underwent testing for drugs after a crash in 2016, 44% were found to have drugs in their system. This is an increase of 50% over rates of drug use found in 1996. Among all drivers who had drugs in their system, 38% tested positive for marijuana.

The decriminalization of marijuana possession doesn’t mean that prosecutors won’t arrest drivers who are under the influence of pot while they’re behind the wheel. When drivers make the choice to drive, they’re putting their safety, as well as that of other drivers and pedestrians, at risk. Not only are drug-using drivers at risk of arrest for using marijuana, but victims of accidents caused by pot-smoking drivers may have a right to sue those drivers for personal injury damages after a crash. A knowledgeable Indianapolis impaired driving accident lawyer can help you determine whether you have a right to compensation through a personal injury lawsuit.

If you need a seasoned, effective, and trial-ready lawyer after an accident in Indiana, contact the Indianapolis car accident lawyers at Lee, Cossell & Crowley for a free consultation on your case at  317-631-5151.