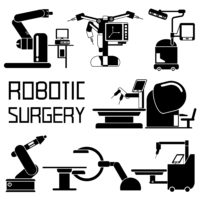 After experiencing life-threatening injuries that she alleges occurred due to an improperly-insulated component of the system, a 44-year-old woman has filed a lawsuit against Intuitive Surgical, the makers of the Da Vinci robotic surgical system. The woman’s lawsuit claims that the injuries she experienced have left her permanently disfigured, and she is requesting damages in the amount of $300 million.

The lawsuit stems from a 2013 hysterectomy, targeted at stemming the growth of cysts in her pelvic region. The woman’s doctor had offered her a choice between traditional and robotic surgery, noting that the DaVinci system was minimally invasive and offered safety advantages over traditional surgical methods. The woman chose to have her surgery conducted by the DaVinci system as a result.

Unbeknownst to the victim, the heated electrified scissor component in the DaVinci system burned tissue in and around the woman’s abdominal cavity during the surgery. Records showed that the scissors had not been properly insulated, resulting in the component emitting stray electrical current. Five weeks later, the woman had to be rushed to the hospital when a portion of her intestines prolapsed through her vagina. The resulting reconstructive surgery left the victim with permanent injuries and internal damage which, among other effects, prevented her from having sex with her husband.

The DaVinci robotic surgical system is the only system approved by the FDA to operate on soft tissue. Robotic surgeries are often touted for promoting safety and eliminating human error, but the widespread use of machines with identical flaws that can cause life-threatening injuries comes with its own serious risks. These DaVinci systems have been the target of dozens of lawsuits and hundreds of complaints, having been attributed with causing fatal injuries in 70 patients between 2009 and 2013, according to Bloomberg News. One of the first wrongful death lawsuits associated with the DaVinci occurred in Illinois in 2012, when a Chicago resident’s intestines were punctured during a procedure on his spleen, resulting in a septic infection which ultimately took his life. The failure to properly insulate the system’s electrified scissors has been attributed with a particularly large share of the injuries caused to patients operated on by the DaVinci system.

If you have been injured by a dysfunctional medical device or dangerous drug, contact the knowledgeable and compassionate Indianapolis medical device lawyers at Lee & Fairman for a consultation on your case, at 317-631-5151.