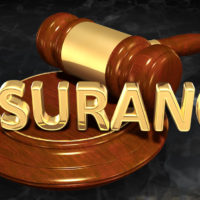 Earlier this year, the U.S. Court of Appeals for the Tenth Circuit certified a question to the Oklahoma Supreme Court in the case of Steadfast Insurance Company v. Agricultural Insurance Company, asking if a second-level excess insurer can assert a claim for equitable subrogation against a first-level insurer when the insured has already agreed that the first-level insurer has exhausted its coverage limits and has been released from any further obligation under the policy. The court answered yes to this question under the particular circumstances of the case, although the court made it clear that it was not commenting on the merits of the case or how the claim might turn out.

The Indiana Supreme Court has also addressed the issue of equitable subrogation in recent years. In the context of junior and senior mortgage liens, the court in Neu v. Gibson held that equity, or fairness, is the rule to follow. However, in a products liability case where an excess carrier wound up liable because of the defense lawyer’s legal malpractice in failing to assert certain defenses, the court held that an excess insurer may not bring an action for legal malpractice against the insured’s attorneys. In this case, Querrey & Harrow, Ltd. v. Transcontinental Insurance Company, the prohibition against assigning legal malpractice actions outweighed the doctrine of equitable subrogation.