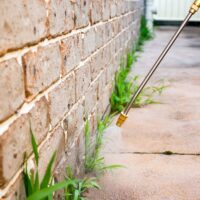 Roundup weedkiller is the most well-known herbicide in the world. Over the last few years, however, thousands of lawsuits have arisen alleging that the ubiquitous product is linked to an increased risk of contracting fatal illnesses. Continue reading to learn about the allegations against the Roundup makers, as well as your options should you develop an illness as a result of the dangerous product.

What Are the Allegations Against Monsanto and Bayer?

Bayer bought Monsanto in 2018. Along with Monsanto, Bayer acquired one of Monsanto’s flagship products, Roundup weed and grass killer. Roundup is the world’s best-known weedkiller. Bayer was not then aware that Monsanto was about to face a massive influx of litigation claiming that Roundup causes cancer.

According to the lawsuits, Roundup and other products including the chemical glyphosate are linked to an increased risk of developing non-Hodgkin’s lymphoma. Thousands of landscapers, groundskeepers, farmers and home gardeners have alleged that Roundup caused them to contract lymphoma. By late 2021, Bayer had faced more than 120,000 combined claims, spread among multiple class actions and individual lawsuits. A number of these lawsuits have gone to trial, and several courts and juries have ruled that the products do, in fact, cause cancer. Bayer still maintains glyphosate is not carcinogenic despite the mass of claims.

What is the Current State of Roundup Lawsuits? Can I Still Sue?

There are currently still thousands of lawsuits pending against Bayer alleging consumer fraud and personal injury in states across the country. Bayer has faced several verdicts and, more recently, has begun settling claims pertaining to the various allegations against the product. In 2020, Bayer agreed to pay more than $10 billion to settle personal injury claims for customers who used the product and developed non-Hodgkin’s lymphoma as a result. Notably, a large portion of the settlement was meant to be set aside for potential future claims for anyone who develops lymphoma as a result of using the product. The lawsuits allege that many injured victims developed cancer as late as 15 years after exposure to the product so future claims are still very much on the table.

Just this month, on February 1, 2022, Bayer reached a settlement valued between $23 million and $45 million alleging that customers overpaid for the product given its inherent dangers. This is a relatively small settlement, but it’s a sign that Bayer is continuing to pay out on lawsuits about Roundup, and is willing to settle.

Brazenly, Bayer continues to sell Roundup, although in late 2021 they finally decided to stop selling products that include glyphosate. They will remove glyphosate from their products beginning in 2023. That means that anyone who has been using Roundup for the duration of these lawsuits, and who continues to use Roundup until the glyphosate is finally removed in 2023, is still at risk for contracting lymphoma. Any settlements reached to date do not prevent anyone from suing in the future for lymphoma later discovered or contracted as a result of Roundup. If you or someone you care about is a user of Roundup either professionally or at home and develops non-Hodgkin’s lymphoma, you could have a claim against Bayer for your injuries. Do not hesitate to call a seasoned products liability and toxic tort attorney in Indiana for advice and representation.

If you or a family member has contracted an illness or injury because of Roundup weedkiller or another dangerous consumer product in Indiana, contact the passionate and trial-ready Indianapolis personal injury lawyers at Lee Cossell & Crowley for a free consultation on your case at 316-631-5151.

By Lee Cossell & Crowley, LLP | Posted on February 16, 2022
We Focus on the Following Areas
Recent Blog Posts
How to Proceed Following a Truck Accident