State of Indiana Settles With Family Over Day Care Death 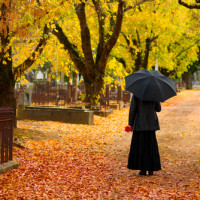 The family of a five-month-old who died in the care of an unlicensed day care has successfully settled their lawsuit against the Indiana Family and Social Services Administration for $87,500. The lawsuit alleged the state agency failed in its duties to make sure the day care provider was providing a safe environment, thereby contributing to the death. The family’s lawsuit had also named the day care provider, the landlord of the building where the provider did business, and others as defendants. Previously, the woman running the day care was sentenced to 2.5 years in prison for her role in the death, and her daughter was sentenced to 448 days in prison.

Five-month-old Conor Tilson died in January 2013 after being left in the care of Stacey Cox who ran a home day care in Carmel, when he never awoke from a nap after being left in a broken play pen in a room with no baby monitors or adults present. Indiana authorities determined an “unsafe sleep environment” contributed to his death. State inspectors, however, had determined several months earlier that Cox’s day care was operating with problems, but did not take sufficient action to remedy the problems, likely due in part to the fact that unlicensed day cares such as the one run by Cox are able to operate without the more rigorous oversight given to licensed day cares. Tilson’s parents alleged in their lawsuit that they were unaware of the problems at Cox’s day care that had been uncovered by the state agency.

An investigation by The Indianapolis Star in 2014 found that while the state spends $2.5 million a year to inspect and license some 4,000 day cares in Indiana, “the system fails to hold many day cares accountable – even if they jeopardize the safety of children.” The investigation revealed that at least 21 deaths occurred in Indiana day cares between 2009 and 2014, with 15 of those deaths occurring in unlicensed or illegal day cares. Indiana day cares with six or more children not related to the operator must be trained in health and safety procedures, including safe sleep procedures, but homes with five or fewer children not related to the operator can be unlicensed, which means they face no operating procedures at all.

Indiana is one of only 11 states in the country that allows for the operation of unlicensed day cares. Even where day cares are licensed, however, dangers persist, as state inspection reports of licensed day cares include reports of children sleeping in unsafe conditions (i.e. on gym mats), being physically abused and neglected, as well as reports of adult caretakers engaging in risky behavior including smoking and drinking on the job.

Day cares and other facilities to which you entrust the care of a loved one have an obligation to care for and protect the people under their care. When they fail to do so, resulting in physical or mental injury, you may have legal avenues to obtain compensation for those injuries from the facilities themselves and certain other third parties, and to help prevent others from being endangered by similar unsafe practices.

If a family member has been injured or died due to the negligence of an organization entrusted to protect that family member, whether that be a day care, school, nursing home, assisted living facility or otherwise, contact knowledgeable and compassionate Indianapolis attorneys to ensure you are fully compensated for your family’s injuries. Contact the attorneys at Lee & Fairman for a free consultation on your possible claims of negligence and related claims. Our attorneys are available to represent your claims throughout the Indianapolis and Marion County areas and statewide.