Why Do Lane-Drift Collisions Happen? 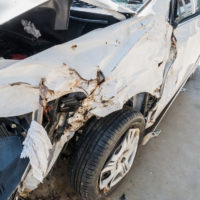 Drifting out of your lane of traffic can be the result of a momentary lapse in attention, but it can also have serious consequences, or serve as a sign of a serious issue with your ability to drive safely. One safety research organization recently looked at the most common causes for lane drift accidents.

Using data gathered by federal authorities on accidents attributed to a driver departing from or drifting out of their lane, as well as crash scene evidence and eyewitness accounts, the Insurance Institute for Highway Safety (IIHS) sought to uncover the most common reasons for lane-drift accidents. The study based its findings on 631 accidents reported to law enforcement, with 125 of these having resulted in serious or fatal injuries to those involved. According to the recently-published report, a large share of these accidents were the result of incapacity of the driver. 34% of all lane-drift accidents, and 42% of all lane-drift accidents causing serious or fatal injury, were caused by driver incapacity. 17% of all incapacitated drivers had fallen asleep, and 17% were incapacitated for some other reason, such as seizure, diabetic shock, drug or alcohol intoxication, or heart attack. An additional 8% of drivers were considered intoxicated under the law, but had not lost consciousness when they drifted from their lane and caused the accident. 22% of all at-fault drivers in lane-drift crashes were distracted at the time of the crash.

Some lane-drift accidents are clearly outside of the control of the driver who departed from their lane. For example, if a driver had a sudden and unexpected heart attack, the court will not normally impose penalties on that driver. However, even drivers who are unconscious at the time of the crash can be found negligent or even reckless, and can be forced to pay money damages to crash victims. For example, if a truck driver had been on the road for many hours without taking legally-required rest breaks and fell asleep behind the wheel, that driver and their employer would likely be found liable for damages incurred by crash victims. Similarly, if a driver was aware that a particular prescription medication made them extremely drowsy or unable to focus, but nevertheless got behind the wheel after taking the drug and caused a crash, that driver could be found liable for the resulting injuries.

If you’ve been injured in an accident with a careless or reckless driver, find out if you may have a claim for money damages, and contact the talented and determined Indianapolis personal injury lawyers at Lee & Fairman for a consultation, at 317-631-5151.