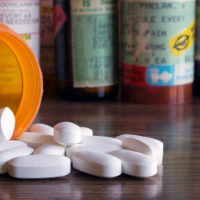 Yet another lawsuit has been filed against GlaxoSmithKline (GSK) for birth defects believed to be caused by one of its drugs. Ondansetron, a drug sold under the brand name Zofran, has been approved by the Food and Drug Administration (FDA) as a treatment for nausea resulting from chemotherapy, radiation therapy, and surgical anesthesia. The drug became a commonly prescribed drug for morning sickness, despite the fact that this was an off-label use of Zofran. “Off-label” uses occur when a doctor prescribes a drug for a use not approved by the FDA. While the practice of prescribing a drug off-label is not prohibited by the FDA, it is against federal regulation for a drug manufacturer to advertise a drug for a use not approved by the FDA. The US Department of Justice filed multiple civil and criminal charges against GSK in 2012 regarding how the company promoted a number of its products, including Zofran. The Justice Department alleged that GSK had promoted Zofran for pregnancy-related nausea, offered illicit pay to health care professionals to promote Zofran, and made false statements regarding Zofran’s safety as a treatment for morning sickness. While GSK ultimately settled with the Justice Department for $3 billion regarding three of the criminal charges lodged against it, it failed to admit wrongdoing in regards to its promotion of Zofran, and the drug maker continues to deny claims that it ever promoted off-label uses of the drug.

Despite GSK’s denials, a number of peer-reviewed studies have found that Zofran use during early pregnancy can be dangerous. One such study published in the medical journal Reproductive Toxicology found that use of Ondansetron as a remedy for pregnancy-induced nausea carried with it an increased risk for malformation of a fetus’ heart, especially the cardiac septum dividing the heart’s ventricles. Many families, including a large number in Indiana, have already taken steps to file cases in federal court alleging that Zofran use resulted in the sometimes-severe birth defects from which their children now suffer. Recently, Alabama parents filed a lawsuit against GSK for $100 million in damages on behalf of their son. The lawsuit claims that their son’s very severe birth defects, including his high palate, seizures, inability to talk, and delayed reactions, are related to a chromosomal defect for which neither parent carries the genetic marker, and which are similar to birth defects that have occurred in other children whose mothers took the drug.

If you or a loved one took Zofran during your pregnancy and believe that your child may have experienced adverse effects caused by the drug, contact knowledgeable and compassionate Indianapolis attorneys to ensure that you are fully compensated for your injuries. Contact the attorneys at Lee & Fairman for a free consultation on your possible claims for birth defects caused by Zofran or other forms of Ondansetron. Our attorneys are available to represent your claims throughout the Indianapolis and Marion County areas and statewide.

By Lee Cossell & Crowley, LLP | Posted on May 21, 2015 Tags: Birth Defects, Ondansetron, Zofran
We Focus on the Following Areas
Recent Blog Posts
How to Proceed Following a Truck Accident