Study Finds Automakers Delay Recalls Until They Can “Hide” Their Recall 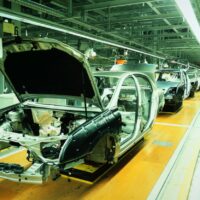 Automobiles have a lot of moving, complicated parts. Consumers cannot be expected to understand the intricacies of their cars or be able to review all of the component parts in order to identify any defects. We rely on manufacturers and their engineers to sell us vehicles that will not unexpectedly fail. When an engine, a set of brakes, an airbag, or a seatbelt is defective, everyone on the road is put at risk. Automakers who identify or are apprised of defects are supposed to notify the public and issue a recall as soon as possible to prevent accidents from occurring.

A recent study conducted by faculty at several colleges, including the Kelley School of Business at Indiana University, found that automakers are not so altruistic when it comes to recalls. Rather than issuing a recall once a problem is identified, they tend to wait for an advantageous moment to announce the recall, leaving drivers and others on the road at risk in the meantime. Read on to learn about the study, and call an Indianapolis defective product and car crash lawyer with any questions if you or a loved one has been injured in a car wreck in Indiana.

Researchers Find Automakers Hide Recalls “In the Herd” With Other Recalls

An assistant professor at the Indiana University Kelley School of Business co-authored a recent study analyzing the practices of automakers issuing recalls. Although auto recalls have become increasingly common in recent years, it always seems that the recalls are issued after significant delays. According to the study, there is a clear reason for the delay: to hide the recall among other auto recalls. By waiting until a competitor issues a recall, even for unrelated issues, a given auto manufacturer can avoid the headlines and protect their stock price.

The study looked at over 3,000 auto recalls over a 48-year period–from 1966 to 2013. The study investigated so-called “recall clusters” and compared recalls issued individually to those issued in chunks one-after-another. The study found that a full 73 percent of recalls occur in clusters, lasting on average 344 days with an average of 7.6 recalls following. Researchers identified 266 recall clusters over the time period, representing the vast majority of announced recalls.

The study’s authors did not directly claim automakers cluster insidiously–IU professor George Ball stated that “auto firms are either consciously or unconsciously delaying recall announcements until they are able to hide in the herd.” The impact of hiding in the herd is real: The study found as much as a 67 percent difference in the stock impact of a leading recall (the recall that initiates the cluster and is likely to get more news coverage) and following recalls that can hide in the weeds.

The study also found that the most “trusted” automakers, such as Toyota, tended to “lead” the recall wave. Toyota had among the fewest recalls, but whenever they announced a recall, almost a third of the time a cluster will follow. Automakers without the Toyota pedigree use Toyota’s recall to camouflage their own issues.

Whether deliberate or “unconscious,” the results are troubling. An automaker should issue a delay as soon as practicable once defects are identified and deemed to be sufficiently problematic and widespread to merit a recall. There should be no time spent waiting for an opportune moment to “hide in the herd.” Anyone injured by a defective car while the company was waiting for the best time to announce a recall has a strong claim for liability and even punitive damages against the manufacturer responsible for putting profits ahead of people.

Get Help After a Defective Product Injury

If you or a loved one has been harmed by a defective product, contact the seasoned Indianapolis product liability attorneys at Lee Cossell & Crowley, LLP at 317-631-5151. There is no charge for a consultation, and we only charge a legal fee if we recover for you.