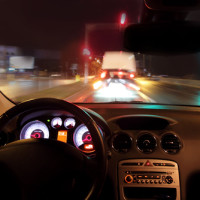 As reported online in the Indy Star on January 2nd, a crash occurred at two in the morning on New Years Day in the Southside of Indianapolis when a 2002 GMC SUV collided with a 2001 Ford van. The driver of the Ford was a 77-year-old woman who died as a result of her injuries sustained in the collision. The driver of the GMC is a 29-year-old man who has been arrested and charged with Operating a Vehicle While Intoxicated (OVWI) in an Accident that Ends in Death.

If you are arrested for OVWI in an accident that results in a death, your driver’s license will be suspended for up to 180 days, but that is probably the least of your worries given the serious criminal penalties you can face. Indiana law (IC 9-30-5-5) makes it a Class C (level 5 felony) to cause the death of another person when operating a vehicle while intoxicated. A Class C felony is punishable by between two and eight years in prison and a fine of up to $10,000. In some instances, a person who causes a death while OVWI can instead be charged with a Class B (Level 4) felony if the driver had a previous OVWI conviction within the last five years, if the person was knowingly driving under a license which was suspended or revoked for OVWI, or if the driver had a blood alcohol content of .15% or more. Class B felonies carry the potential for six to 20 years in prison and a fine up to $10,000 if convicted. Also, if more than one death occurs due to the accident, every death can be charged as a separate offense.

In addition to the criminal liability he faces, the driver of the GMC may also find himself in the middle of a civil lawsuit for wrongful death brought by the deceased woman’s estate for the benefit of her widower or next of kin. Damages available in a wrongful death lawsuit include compensation for hospital and other medical expenses, as well as funeral and burial expenses. Any civil litigation would be stayed during the pendency of a criminal trial, and if the driver is convicted of a crime, evidence of that conviction could be powerful evidence for holding him negligent and liable in a civil trial.

By Lee Cossell & Crowley, LLP | Posted on January 16, 2014
We Focus on the Following Areas
Recent Blog Posts
How to Proceed Following a Truck Accident