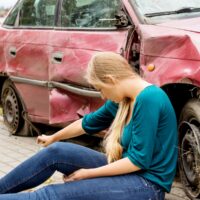 A recent two-vehicle crash sent several Indiana residents to the hospital, some in critical condition. The accident is a reminder for everyone to take extra care while driving during the holiday season. Continue reading for details about the accident, as well as for an explanation of how wrongful death claims operate in Indiana. Call an Indianapolis car crash and wrongful death lawyer with any questions if you or a loved one has been injured or killed in a car wreck in Indiana.

At around 7:00 a.m. on the Monday just before Thanksgiving, the Madison County Sheriff’s Department responded to reports of a car crash at the intersection of State Road 13 and County Road 800 South in Madison County. According to the initial investigation, a 2015 Chevy Malibu was stopped at the intersection on County Road 800 South. The Malibu then pulled out, heading east, as a 1998 Ram 350 flatbed truck was heading south on State Road 13, at which point the vehicles collided.

The collision severely injured the driver and several passengers in the Malibu. Three teenagers were taken to nearby hospitals following the wreck. The truck driver, a 24-year old man from Anderson, refused treatment at the scene. At this time, the crash remains under investigation by the Sheriff’s department.

As of this writing, all of the people injured in the crash have been hospitalized but remain alive. The Malibu driver, a 17-year-old young man from Pendleton, was airlifted while unconscious from the scene and later described by the MCSD as being in “critical but stable condition.” The two passengers in the Malibu, both teens from Pendleton, were also hospitalized. One of the passengers was described as being in critical condition while the other was listed in “good condition” after a trip by ambulance to the hospital.

What Happens if Someone Dies in a Crash?

While we sincerely hope everyone involved in the recent crash recovers fully, the accident is a reminder of the dangers that drivers and passengers regularly face on the road. In the tragic event that someone is killed in a car accident or other negligence-based personal injury matter, surviving family members do have legal recourse. Indiana law provides remedies to survivors by way of a wrongful death claim. Wrongful death claims are available when there has been a fatality as a result of medical malpractice, a negligence-based event (such as a car crash), or an intentional act (such as a homicide).

Wrongful death laws vary by state in terms of who may bring such claims and what precise remedies are available. In Indiana, for adult victims, a representative for the estate of the deceased party can bring a wrongful death claim seeking compensation for medical, hospital, funeral, and burial expenses incurred as a result of the accident. The estate can also seek compensation for the loss of income that the accident victim would have earned had they lived.

Although Indiana’s law allows for recovery of damages relating to the loss of love and affection felt by surviving family members, the actual legal claim must be brought by a representative of the estate. The estate will include those remedies as part of its wrongful death claims. Depending on the nature of the claims, the proceeds from the lawsuit will either be distributed to each surviving family member in accordance with their loss suffered or will go to the estate to be distributed in accordance with probate rules or the decedent’s will.

If you or someone you love has been hurt or killed in a traffic accident in Indiana, contact the passionate and trial-worn Indianapolis personal injury lawyers at Lee Cossell & Crowley for a free consultation on your case at 316-631-5151.