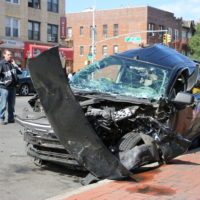 2015 was the first year since the 1960s to see more roadway fatalities than in the previous year. Unfortunately, newly-released reports reveal that 2016 appears to have continued this trend of growing fatality numbers. A new safety product currently being developed by a driving technology researcher could help to stem the rise of drunk driving, one of the largest contributors to serious and deadly auto accidents.

The National Safety Council (NSC) recently published a report detailing the number of roadway fatalities in 2016 based on preliminary data. According to the safety group, roughly 40,200 individuals were killed on the road last year, marking a 6% increase from the total number killed in 2015. This is also a 14% increase from the total number of roadway deaths in 2014, and makes 2016 the deadliest year on US roads since 2007. An additional 4.6 million individuals needed emergency medical care as the result of a motor vehicle accident in 2016.

The NSC notes that over 90% of all traffic fatalities are attributable to human error. Three causes register as the most common reasons for roadway deaths year after year: excessive speed, distracted driving, and drunken driving. Drunken driving is the single greatest cause of traffic deaths, causing around 30% of all traffic deaths each year. 2015 saw 10,265 lives lost in drunk driving crashes, and based on the increase in total deaths, it is likely that even more deaths were caused by intoxicated drivers in 2016. The Insurance Institute for Highway Safety estimates that over 7,000 lives could be saved every year if individuals with a blood alcohol level of over .08% were somehow kept from driving.

In order to address growing numbers of drunk drivers, the National Highway Traffic Safety Administration has teamed with the Driver Alcohol Detection System for Safety (DADSS) project. This project is seeking to develop a system which would come pre-installed in vehicles and unobtrusively test the blood alcohol content of drivers. The system would disable the vehicle before starting if it detected, through touch or breath, that a driver’s blood alcohol level was above the legal limit. While the product is still in the early stages of development, two automotive accessory manufacturers have volunteered to create prototypes for the systems. Researchers estimate that customers could see the products as an option in new vehicles by 2020.

If you’ve been injured by a careless or drunk driver in Indiana, contact the knowledgeable and experienced Indianapolis personal injury attorneys at Lee & Fairman for a consultation, at 317-631-5151.