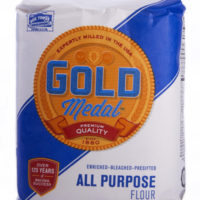 A recall of baking flour found to contain the E. Coli bacteria which began months ago has been expanded yet again to encompass a wider timeframe of flour production. The recall was expanded in response to the manufacturer receiving confirmation of four more cases of E. Coli linked to their flour.

General Mills, the manufacturer responsible for the recalled flour, began to issue recalls of various brands of its flours on May 31, 2016, though the reports of E. Coli infection began long before that. The first case confirmed to be linked to the contaminated flour occurred in December of 2015. Since then, 45 additional cases have been linked to the genetic strain of E. Coli found in samples of General Mills flour. Individuals across the country, including in Indiana, have been sickened by the dangerous bacteria. Thirteen of those infected have required hospitalization, and one has suffered hemolytic uremic syndrome, which is a form of kidney failure linked to those who have the E. Coli bacteria.

The recalled brands of flour were all produced in the General Mills plant located in Kansas City, Missouri, and include packages of Gold Medal Wondra Flour, Gold Medal All-Purpose Flour, Gold Medal Unbleached Flour, Gold Medal Self-Rising Flour, and Signature Kitchens All-Purpose Flour. Details of the recall, including the UPC code numbers and “Better if Used By” dates on recalled containers of flour, can be found on the Centers for Disease Control and Prevention’s website. The CDC advises consumers to err on the side of caution and to throw out any flour produced by General Mills within the dates provided on the recall notice. Always cook dough fully before consuming raw flour or eggs, and know that eating even a small amount of contaminated raw dough could make you sick.

Manufacturers and retailers have a duty to design, create, and sell products which are safe for consumers to use. When these corporations fail to conduct the testing and quality control necessary to determine whether or not their products pose a danger to those who buy and use them, they can face what is known as strict liability for any ensuing injuries. This means that, whether or not the corporations were aware that their products were dangerous when they were sold, they can still be held financially responsible for injuries caused by the product they made, sold, and profited from. An Indiana personal injury attorney can advise you on your rights to file a claim based on illnesses you incurred as a result of a contaminated or otherwise dangerous food product.

If you or a loved one has been infected or sickened by an infected food in Indiana, seek legal help getting the compensation to which you may be entitled, and contact the Indianapolis personal injury attorneys at Lee & Fairman for a consultation, at 317-631-5151.