Roundup Cancer Lawsuits: Who Is at Risk for Non-Hodgkin Lymphoma? 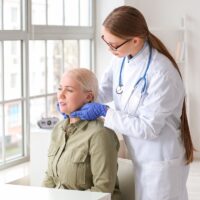 The weed killer Roundup is a popular product formerly sold by Monsanto before being acquired by Bayer and is used by homeowners and large-scale farmers alike. Despite its popularity in the lawn industry, this weed killer has been the subject of thousands of lawsuits due to the potential link between the product’s key ingredient and a type of blood cancer, non-Hodgkin’s lymphoma. Since reports of this cancerous link began to surface, there have been over 124,000 lawsuits filed against Roundup. Roughly 96,000 of these lawsuits have been settled by Monsanto’s successor company, Bayer.

Roundup weed killer utilizes the chemical compound glyphosate to control the growth of different grasses and broadleaf weeds. And although Bayer describes glyphosate as an eco-friendly solution that leaves behind a non-toxic trace in the soil, other organizations including the World Health Organization have voiced concerns about its use, even identifying glyphosate as a probable human carcinogen.

A review conducted by the University of Washington also appears to support this claim as the review found that Americans who have had increased exposure to this herbicide have a 41% increased risk of developing cancer, namely non-Hodgkin’s Lymphoma. Despite this, the Environmental Protection Agency shares that so long as glyphosate is used according to a product’s directions, then the herbicide does not pose a risk to humans.

Who Is at Risk for Non-Hodgkin’s Lymphoma

The University of Washington published its findings in the online journal, Mutation Research/Reviews in Mutation Research. In their publication, the university identifies a strong link between chemical exposure to Roundup and increased risk of Non-Hodgkin’s lymphoma. Although some agencies have pushed back against such claims, other agencies including the International Agency for Research on Cancer recognize the validity of the university’s research. Because of this, it seems clear that individuals who have routinely used Roundup weed killer are at a higher risk of developing non-Hodgkin’s lymphoma than individuals who did not. Particularly at risk are farmworkers and other individuals who have consistent and regular contact with Roundup.

Other Risk Factors for Non-Hodgkin’s Lymphoma

Other factors play into increased risk for non-Hodgkin’s lymphoma. According to the American Cancer Society, additional risk factors you should pay attention to include the following:

Other risk factors include having a weakened immune system, suffering from an autoimmune disease, having had exposure to radiation, or exposure to certain drugs or chemicals.

If you suffer or have suffered from non-Hodgkin’s lymphoma and have had exposure to Roundup weed killer, you might be entitled to compensation for your suffering. At the law firm of Lee Cossell & Crowley, our experienced personal injury lawyers can help you get the representation you deserve. Contact us today for a consultation on your case.