Am I Eligible To File A Roundup Lawsuit? 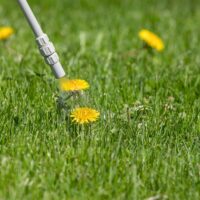 If you have used the popular lawn and garden weed killer, Roundup, and have suffered certain health conditions as a result, you may be entitled to compensation.

At the center of the controversy surrounding Roundup is its active ingredient, glyphosate. According to the World Health Organization’s International Agency for Research on Cancer (IARC), glyphosate has been identified as a probable carcinogen. Individuals who frequently use Roundup may have developed severe health conditions because of their exposure.

Who Can File a Roundup Lawsuit?

One of the main arguments against Monsanto and its parent company is that Roundup is the reason some consumers have faced health ailments, namely non-Hodgkin’s lymphoma. Non-Hodgkin’s lymphoma is a cancer that starts in white blood cells and results in symptoms including swollen lymph nodes, fever, and chest pain.

Many of the people who are filing lawsuits against Roundup’s manufacturer and parent company are individuals who suffered or are suffering from non-Hodgkin’s lymphoma. If you are someone who is currently battling this diagnosis or has battled it in the past, you may be eligible to move forward with a lawsuit, regardless of whether or not you have sought treatment or are currently receiving treatment. If you are someone who lost an immediate family member to non-Hodgkin’s lymphoma, you may also be eligible to file a lawsuit.

Many of the plaintiffs in current lawsuits are ones who encountered the carcinogen while they were working. If you were or are a farmer, landscaper, or other agricultural worker who used Roundup weed killer or were exposed to the product, you may also be eligible to move forward with a lawsuit.

Over 18,00 people have come forward with lawsuits against Monsanto and Bayer AG over claims that Roundup weed killer was behind their cancer diagnosis. These lawsuits are seeking economic and non-economic damages which also include pain and suffering.

The sheer number of complaints brought against the company have been consolidated into multidistrict litigation (MDL No. 2741) in the U.S. District Court Northern District of California. While each case will be independently reviewed by juries to assess awards for damages, all cases will share in on the discovery process as well as the outcome from pre-trial proceedings.

Whether you have used Roundup weed killer on your own lawn or were in constant contact with it because of your work environment, you could qualify for relief if you suffered health issues. At Lee Cossell & Crowley, our dedicated and experienced team will go over your case and help you determine if you are eligible to move forward with a claim. Contact us today for the legal guidance you deserve.