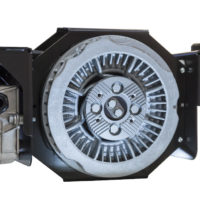 Earlier this year, the Commercial Vehicle Safety Alliance (CVSA), in conjunction with the Federal Motor Carrier Safety Administration (FMCSA), conducted a series of unannounced roadside inspections of trucks and buses across North America. Of the 7,701 commercial trucks inspected in the U.S., over 15% were discovered with out-of-service (OOS) violations for brake adjustment or brake component problems. In addition, another ten percent were found to have OOS violations in other areas which were also inspected, such as driver’s license and registration, low air warning device, pushrod travel, and tractor protection system.

The results for trucks pulled over and inspected in Indiana fared far worse than the national average. Here in the Hoosier State, 19.4% of units inspected were placed out of service for brake adjustment or brake component issues. Another 7.5% were declared OOS for other items. Nationally, brake system issues account for nearly half of all OOS truck violations and contribute to a number of truck accidents leading to catastrophic personal injury or wrongful death for victims of a truck crash.