Was There Ever Really a Medical Liability Insurance Crisis? 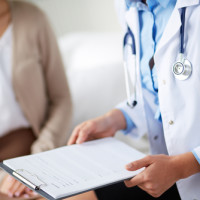 Earlier this month, the Supreme Court of Florida knocked down the state statute that imposed caps on noneconomic damages in wrongful death cases arising out of medical malpractice. The court ruled that the cap violated the Equal Protection clause of the Florida Constitution (Article I, Section 2) by treating wrongful death claimants in an unfair and arbitrary manner that bore no rational relation to the stated purpose of the law, which was to deal with an alleged medical malpractice insurance crisis in Florida. The court went further to question whether such a crisis ever existed in the first place.

Florida passed its medical malpractice “reform” in 2003, basing its justification on a crisis in medical malpractice insurance. The court in its opinion repeatedly referred to this crisis as “alleged” and refused to acknowledge it as a stated fact. While the proponents of the legislation at the time cited Florida’s medical liability environment as highly unfavorable for doctors, the court found evidence and testimony from the time which showed more doctors coming into the state than leaving. Moreover, those that did leave moved to states which didn’t have caps on damages either. The court cited other evidence that the medical insurance “crisis” was actually caused by a cyclical downturn in the market and was not created by medical malpractice lawsuits.

The court did not beat around the bush. It said quite clearly that this so-called crisis was most likely either manufactured or overblown, and if such a crisis did exist, then the damages caps it employed bore no rational relationship to a way to deal with the crisis. Another important point the court made was that a crisis is not a permanent condition. Even if a crisis did exist in 2003, that does not mean that a crisis exists 20 years later, or that a permanent solution should be implemented to fix a temporary problem.