When It Comes to Safety, Drivers Say One Thing and Do Another 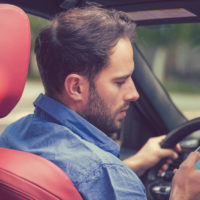 Each year, the AAA Foundation for Traffic Safety conducts a nationwide poll of drivers aged 16 and up, asking those drivers to give their opinion on issues related to safe driving, and also to find out how often those drivers commit unsafe behaviors while they’re behind the wheel. The results of the most recent survey have recently been released, and they show a conflict between what drivers believe to be safe, and how they act while driving.

The survey’s results included responses from over 2,000 licensed drivers who had been on the road in the past 30 days. The survey asked questions relating to an array of topics, including distracted driving, drowsy driving, driving at unsafe speeds, and driving while impaired.

Texting on the road is dangerous, but many still do it

The age group that was most likely to have engaged in unsafe behaviors was the group labeled by the researchers as young millennials, or drivers between 19-24 years old. According to the survey, these drivers were most likely to report driving over the speed limit, running a red light, or texting while driving, by a margin of 9% over any other age group. These drivers were also 1.6 times as likely as the average participant to have admitted to reading an email or text while behind the wheel. Furthermore, young millennials were 1.4 times as likely to have reported that they’d recently driven 10 mph or more over the speed limit than the average driver.

If you’ve been injured in an accident with a dangerous driver in Indiana, find out if you might have a claim for money damages for your injuries by contacting the seasoned and dedicated Indianapolis personal injury lawyers at Lee & Fairman for a consultation, at 317-631-5151.

By Lee Cossell & Crowley, LLP | Posted on April 28, 2017
We Focus on the Following Areas
Recent Blog Posts
How to Proceed Following a Truck Accident