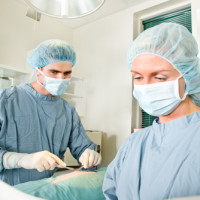 Earlier this year, the Florida Supreme Court stuck down the state’s law imposing caps on noneconomic damages (pain and suffering) in wrongful death medical malpractice cases. The court in Estate of McCall v. U.S. held that the law was unfair, arbitrary and unconstitutional. In addition, the court took great pains to deflate the argument that caps are necessary to allow doctors to continue to practice with reasonable malpractice insurance premiums (see Was There Ever Really a Medical Liability Insurance Crisis, March 2014). The court found plenty of evidence against caps everywhere it looked.

For instance, the court cited a report by Weiss Ratings, an independent insurance industry research and analysis firm, that showed premiums in certain high-risk specialties increasing at a slower rate in states without damage caps than in states with the caps. The study also showed that premiums remained static or declined in a greater percentage of states without caps than states with caps. The study concluded that other factors, such as the medical inflation rate and the insurance business cycle, accounted for rising medical liability insurance premiums, and that the amount of actual payouts in cases of medical malpractice were not a factor.

Surprisingly, some of the court’s best arguments against the need to cap medical malpractice damages came from the insurance industry itself. Robert White, the President of First Professionals Insurance Company, testified before the Senate Judiciary Committee in a meeting on the damages caps issue. Mr. White is on record stating that a $500,000 cap on noneconomic damages would achieve “virtually nothing” in regards to medical malpractice insurance premiums. White also compared Florida without caps to Missouri with caps, and testified that the company’s experience in Florida was more positive.